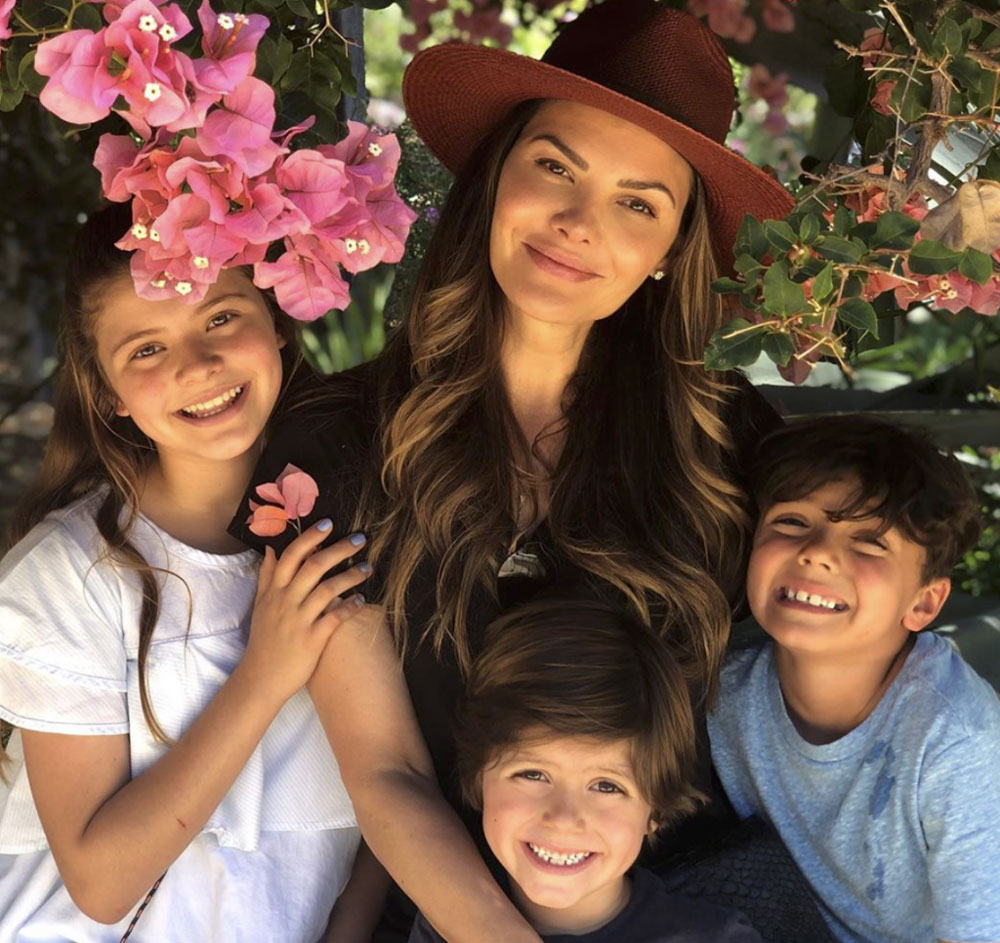 Actress Ali Landry is this week’s Meet a Mom! After claiming the title of Miss USA in 1996, she became the recognizable face of the “Doritos Girl” in the iconic 1998 Super Bowl ad. That same year she was named to People magazine’s 50 Most Beautiful People list; she later went on to appear in film and television (including Felicity and Criminal Minds). But like many of the inspiring moms we feature, she’s launched her own passion project. ReShape by Ali Landry features advice and insight from top experts from CA to NYC, from yogis to M.D.s

We spoke to the busy mom of three (Estela, 12, Marcelo, 8, and Valentin, 6) about how she stays sane during stressful times (like the holidays), her New Year’s resolutions and what she looks for in a mom friend.

You have three kids…how do you keep it together this time of year?
Normally I’m pretty good, but this year knocked my socks off, to be honest. I felt like I had a nervous breakdown a few weeks ago. My husband has a film coming out [Sound of Freedom, about human trafficking] and I’m also busy with work. The last two weeks before Christmas break, you’re thrown everything from pictures with Santa to PJ day at school to Christmas performances… not to mention the holiday parties! I felt like I was dropping balls left and right. So I tried to prioritize, and some important things had to get paused to focus on family. There were work meetings and different things that were scheduled, and it wasn’t imperative I do them before the holidays, and I sort of had to say no (even though it kills me because I’m a people pleaser).

Why did you start ReShape?
I was doing a live chat show on Fox and I had brain fog, poor digestion, hair loss, low sex drive, and maybe sometimes mild depression. I thought to myself, if I don’t get this together I may lose this job and I’m still very young—I shouldn’t feel this way. I started asking my girlfriends and they said well, we’re getting older—and I couldn’t take that as an answer. It became a mission of mine to get answers and share them with everyone. We tackle health, wellness, beauty, all from a cellular level. 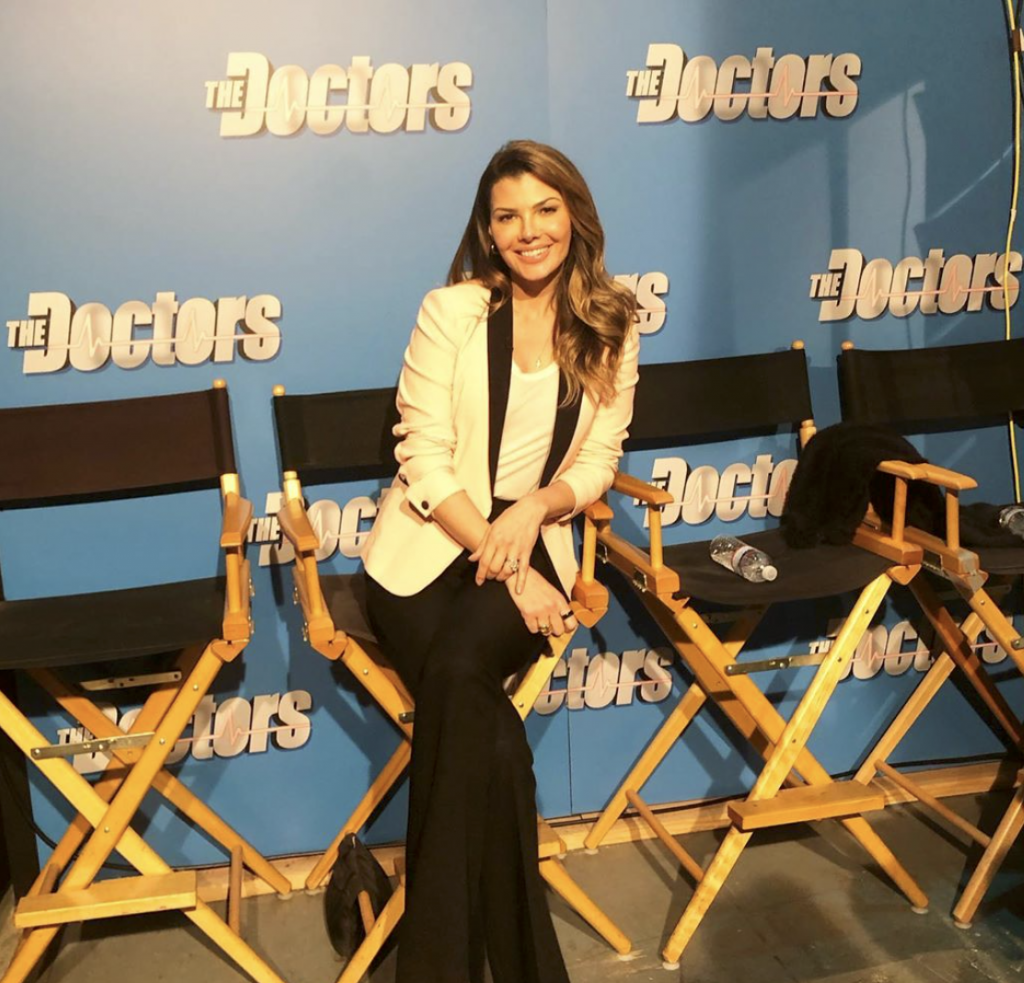 Do you have a New Year’s resolution?
I definitely have plans in place that I’ve been trying to implement. For me it’s very simple things, but all about consistency. For one, I do something call “the 5 am club” where I really try to wake up before kids and do 20 minutes of getting a sweat in and then meditate, and then do 20 minutes of me time. I read, pray, and feed my soul and brain before the Mack train of life and kids hits me. That’s when I’m at my best. But I do switch that up a bit. Sometimes I wake up later and do it after my last drop off. On ReShape we have a 3 Day Refresh and I’ll do it with our followers!  It’ll be available right after the New Year…Followers can also check out the Treasures page that are game changers for me!

You had your last child at 40—are you glad that you “waited” to have kids?
I think about that sometimes…I look at my girlfriends who had kids in their 20s and they’re graduating now! For me, it was more important to find the right man to do it with. I also feel like I’m young in spirit.

Would you let your daughter do pageants?
I grew up in a small town in  the South and it was what my friends did…every girl that I knew ran for Crawfish Queen or something similar! I did well and enjoyed it but we didn’t have a lot of options. My daughter, living here in LA, has everything at her fingertips. She’s so social, she would probably think it’s a blast, but right now she’s a singer and interested in acting. Both my husband and I are in the [entertainment] business, but we’re trying to protect her and have her enjoy her childhood, because once you are on a TV show it’s a job. 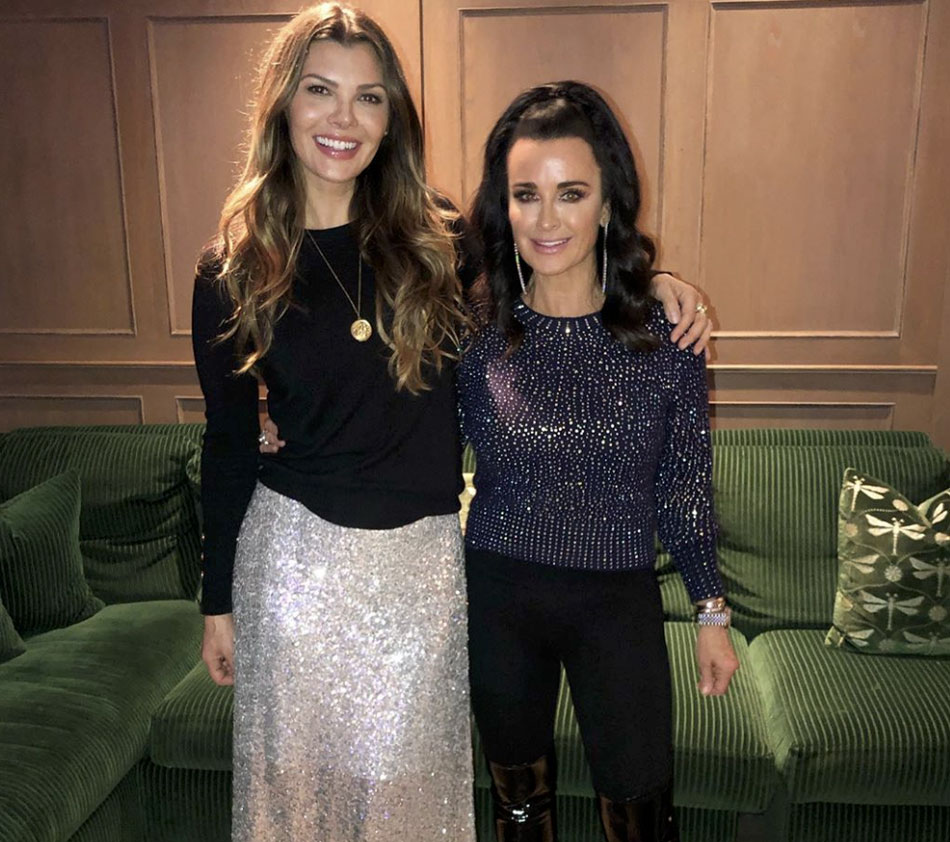 What’s your 5-minute makeup look?
There’s a Laura Mercier moisturizer with SPF that is tinted and I use that. A girlfriend of mine and launched Girlactik. I put together a kit with her that you can put on in the car line and look amazing. We have a brow pencil, an eye shadow stick you can use as liner or in the crease…I’m excited to share that with everyone.

What makes a great mom friend?
For me I need someone to be super authentic. All of my friends are no-nonsense and someone that I can learn something from. I love a friend that doesn’t pretend everything is okay if there is a problem. I also love a girl who can eat. Finally, I cannot tolerate gossip or really negative talk or energy. I don’t have space for that in my life at all and for me, that radar goes off quickly. 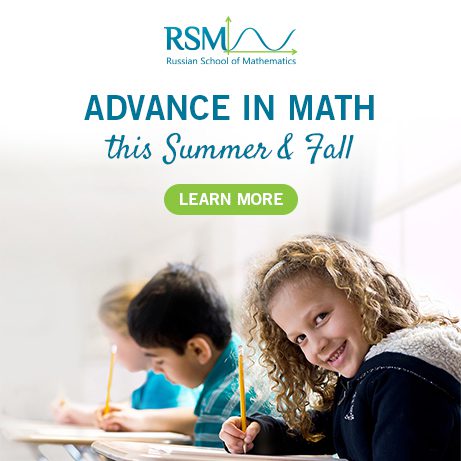 Stay up-to-date with what is happening in-and-around The Scarsdale, NY community with local events, community highlights, and exclusive deals.